“Wahl Animal’s education team are the faces and voices of this company. We want to celebrate our brand and products with others who are passionate and share the same love on their own accord.” -Chelsea Compton, Wahl Marketing Communications Coordinator

The newest styles. The best techniques. Training tips. Equipment choices and maintenance. If you groom or clip, finding the best information and inspiration to keep our four-legged friends happy and healthy just got a whole lot easier. 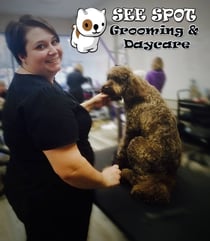 Brittney has been professionally grooming for eight years.

What’s her secret to success? Keeping education at the forefront!

Brittney has spent the last three years training groomers at various See Spot Salon locations in both Louisville and Florida. Brittney competes at various grooming shows and was recognized by Barkleigh Honors in 2018 for the Up & Coming Groomer nomination.

When not at a grooming show, Brittney can be found at a dog show, the grooming shop practicing something new, or working on home renovation projects with her husband.

From the feline to the canine, over a decade of grooming experience has made Jacque a force to be reckoned with in the grooming business.

When her husband left for Afghanistan in 2012, Jacque opened her own mobile grooming business, Pet Agree Mobile Grooming. As a successful business owner, she realized the high demand for cat grooming added feline grooming to her resume.

Her top priorities include safety and education, and Jacque became the first Certified Feline Master Groomer in the state of North Dakota. In 2018, she decided to advance her skill set even further by earning her certification with the National Cat Groomers Institute where she now educates and trains other groomers hoping to earn their formal certification.

Jacque is the proud wife and mother of 3 very busy kids. When she is not grooming, Jacque enjoys everything outdoors from camping, motorcycles, and horseback riding. 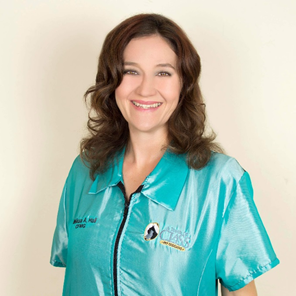 In 2014, she became certified for the National Cat Groomers Institute where she helps educate and train other groomers working towards their formal certifications.

At A Touch of Class Pet Grooming, her thriving grooming business, she boasts a large feline clientele.

Melissa enjoys competing in grooming competitions with her champion standard poodles and has achieved success showing her Persian – who earned a premiership in only 3 days through the Cat Fanciers Association.

Melissa educates at Barkleigh seminars and speaks on cat grooming related topics throughout the country. As an educator, Melissa provides private instruction in her salon to groomers from all over North America. In her free time, Melissa enjoys volunteering at her local kennel club and fishing with her husband. 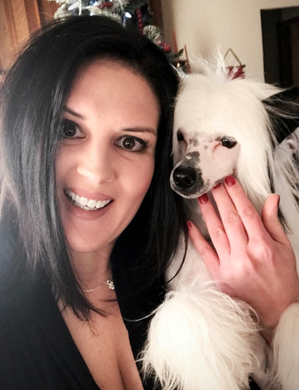 Melissa’s love of grooming started at 13 when she began spending summers with her aunt in her grooming salon. Just four years later, she began to clip and groom independent of her aunt’s mentorship.

Melissa occasionally likes to dabble in creative grooming and competes in dog grooming competitions where she won 1st Place in Creative Grooming and People’s Choice the first time she competed at Pet Pro Classic in Dallas.

When Melissa is not grooming you can find her playing with her two dogs Dexter, her miniature poodle, and Fawkes, her Chinese Crested. 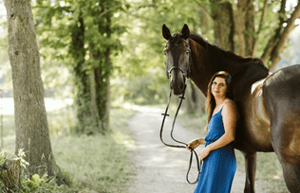 By day Ashley works in e-commerce and marketing for a footwear company.  By night and every weekend, she’s an equine eventing professional.

Ashley has been lucky to learn riding, grooming, and horsemanship skills from some of the best in the industry. For three years, Ashley trained and worked with the O’Connor Event Team members in their The Plains, Virginia and Ocala, Florida bases. Over the years Ashley has had opportunities to train under with David & Karen O’Connor, Lauren Kieffer, Hannah Sue Burnett, Nate Chambers, Linda Zang, and Jacqueline Brooks.

Ashley spent three years as a working student & groom for Hannah Sue Burnett, as well as working for Nate Chambers as a groom and barn manager for a year. During her time as a working student and groom, Ashley also worked as a groom, attending FEI events all around the country, including the Ocala Jockey Club, Fair Hill International, and the Kentucky Three Day Event.

From her time as a groom, she has learned from the best and applies those practices to her daily routines, relying on her Wahl clippers to keep her horses looking their best every season, and her Wahl brushes and combs for daily care. Using her blog and social media, Ashley educates other equestrians on her favorite tools, tips, and tricks for a well-turned-out horse.

Her diverse background and experience learning under top riders and trainers has given her extensive knowledge in sport horses, horse care, and as a competitor. 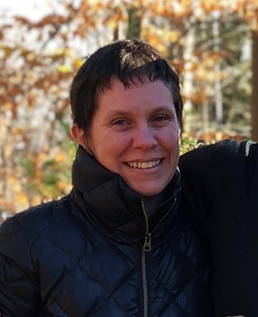 While pursuing her education, Erin earned the highest of riding certifications -- level 3 in both dressage and jumping.

Having spent many years as a barn manager, Erin knows the importance of keeping a horse well clipped. She has been professionally clipping for more than ten years. In 2015, Erin opened her own equine grooming business, Equine Detailing, where she clips more than 500 horses and ponies each year. While her business is based in Rhode Island, Erin clips throughout Massachusetts and Connecticut.

Aside from grooming and daily riding, Erin loves listening to music, cooking with her husband, and spending time with her two children. 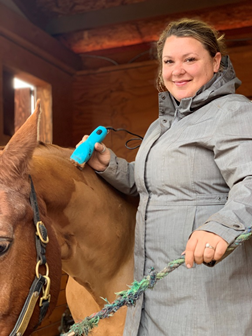 To say horses are Jaimie’s life would be an understatement! Jaimie has been an equine groom since age 18 when she was a working student for a high-end hunter-jumper barn. There she learned the necessities of perfection with body clipping, braiding, and overall turnout.

Now running her own business, Body Clipping by Jaimie, she enjoys clipping and braiding for all disciplines from hunters to working cow horses and everything between. Jaimie works as an equine vet tech during the week and is her local dressage chapter president. 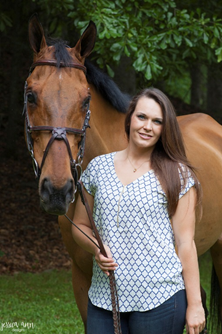 Horses are in Morgan’s blood – and that’s more than a turn of phrase. Ancestor Squire George Osbaldeston was Master of the Quorn Hunt in England and was in the Guinness Book of World Records for distance riding.

For years, Morgan was called on by her horse friends to clip horses. With experience clipping since 15 and becoming a “go-to” for those in her boarding barn, she turned her passion into a profession.

In 2012, she established her company CLIPclop – an equine clipping service. Her first outside client was in response to a post on the internet forum, Chronicle of the Horse. CLIPclop began as a part-time, seasonal gig to keep her connected to her horse show friends during a period where she wasn’t competing. Clipping now consumes just as much time as her full-time corporate job in Marketing.

Morgan has three horses of her own, Preston, Timi, and Wells. She competes on the Georgia Hunter Jumper Association circuit.

A Guide to Mini Trimmers

Why Won't My Blades Cut?

Wahl is the world’s leading manufacturer and provider of quality professional grooming products designed to keep animals healthy, happy and beautiful. We deliver upon our commitment to our family of professionals through our history of supplying innovative products, accessible education, and industry-leading support.

Fresh from our blog